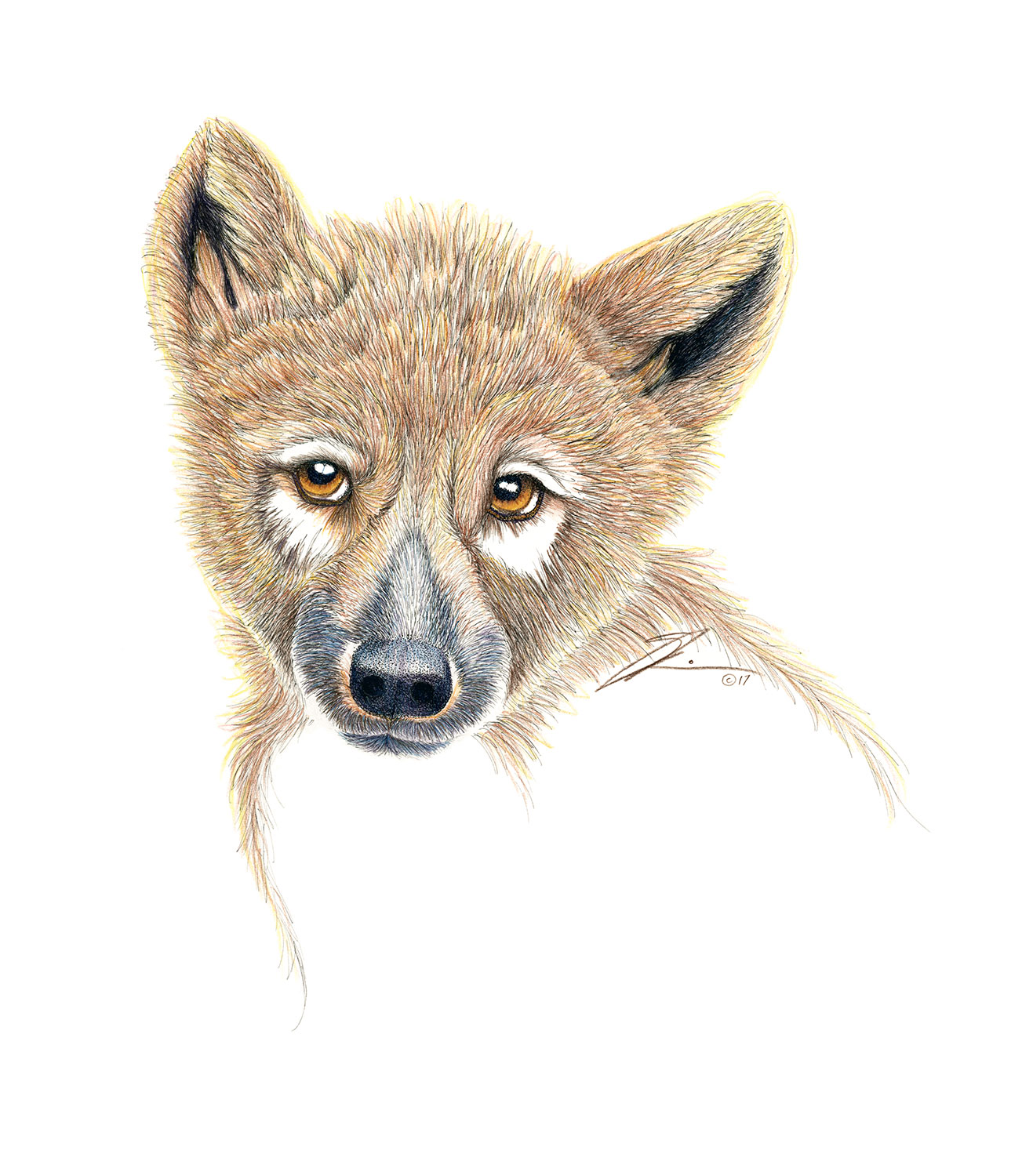 The Red Wolf is one of the world’s most endangered animals. Once common throughout the Eastern and South Central United States, red wolf populations were decimated by the early part of the 20th Century as a result of intensive predator control programs and the degradation and alteration of the red wolf’s habitat.

The red wolf was designated an endangered species in 1967, and shortly thereafter the U.S. Fish and Wildlife Service initiated efforts to conserve the species. Today, more than 50 red wolves roam their native habitats in eastern North Carolina, and nearly 200 red wolves are maintained in captive breeding facilities throughout the United States.

The expression of Susan’s Red Wolf pup drawing reflects that vulnerability and fight for survival.